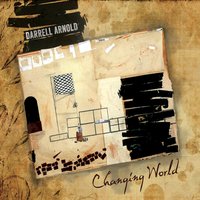 Darrell Arnold’s latest wonderful album “Changing World” is being officially released this Sunday, 11/19/17, at the Luna Star Cafe. (The show is free show and starts around 6:30pm). Jack Shawde produced the album and plays multiple instruments. In addition to Darrell’s vocals and acoustic guitar, the album features a stellar cast of South Florida musicians: Diane Ward on drums and background vocals, Matthew Sabatella on bass and background vocals, Max Farber on keyboards, and Sarah Jacob and Lynn Bobby on background vocals. It is recorded, mixed and mastered by Luciano Delgado(Looch) at Miami Beach Recording Studios. Everyone hit it out of the park! We would love to see you Sunday, Nov. 19th at the Luna Star Cafe, for the album release party!